What makes this special is that the three locations have live connections with each other, with proceedings in one location transmitted to the other two.

During admission, a ‘ländler’ folk band plays in each hall, and a 20-minute live act entertains the audience during the AGM.

After the AGM, the members are all invited to a restaurant in the region for dinner. Ninety percent of the members take advantage of the shuttle transport put on for the AGM and the trip to the restaurant afterwards.

Furrer Events supports Raiffeisenbank Rigi in planning, organisation and smooth operations before, during and after the AGM at all three locations. 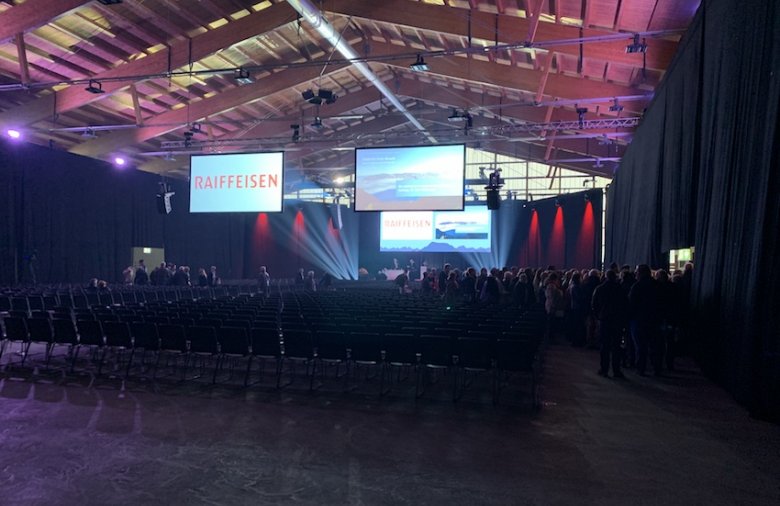 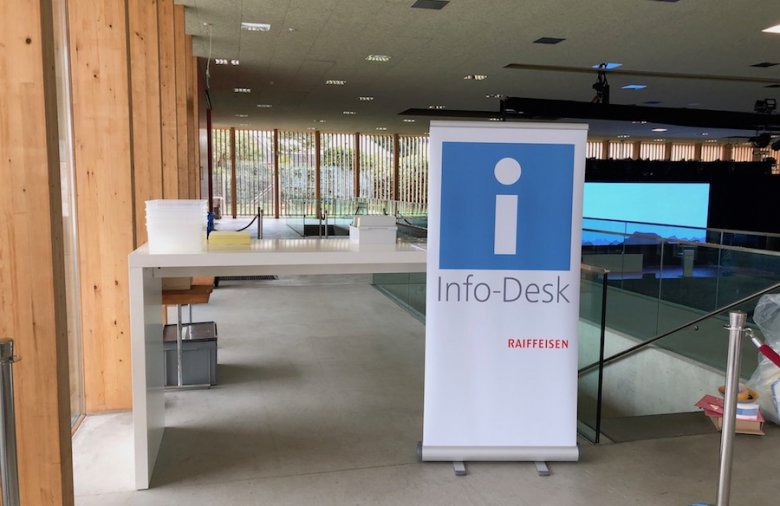 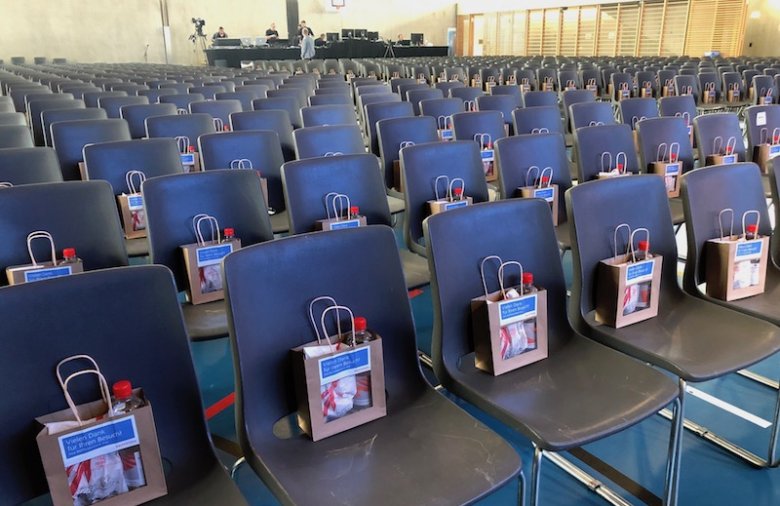 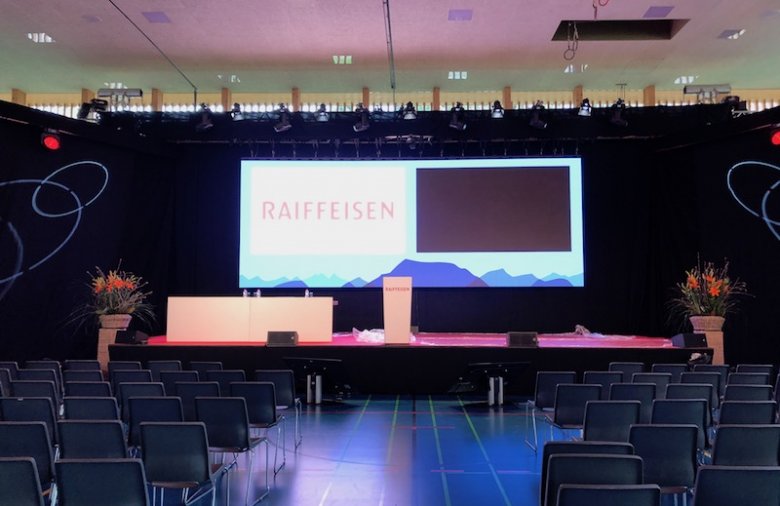